“They honor me with their mouths, but their hearts are far from me.”

If this isn’t the cry of a mother, a father, and a lover, I don’t know what is.

We don’t want your words. We want you.

The Trinity is awesomely crazy about you.

He wants your heart.

Don’t ask me why. I’m still thinking about that one.

Hopefully there are people in your life who feel the same way about you. I know there are people in my life that I feel that way about. The funny thing is, sometimes I think they wish I didn’t feel that way. I desire more from them than makes them comfortable. We’ve grown accustomed to a “greeting card sentiment” in our relationships. I’m not sure what to say, so I’ll let someone else say it for me. Here are some flowers. How about some dinner?

Thank you for the card.

Thank you for the flowers.

Thank you for dinner.

But I want YOU. I want to hear your heart speak. I want to look into your eyes and see your soul. I want to know and be known. Not just the parts that you like. All of it. Let me in.

Sometimes it can be difficult to be honest about people we love and their role in our story. In an attempt to honor the verse: Love covers a multitude of sins, I accommodated injustice in my sons’ lives.  Just like everything about god, we can’t hold onto one string and think we know him. He is immense. He is expansive. He can’t be contained in a sentence. So “love covers” is a piece. It’s a slice of the kingdom.

Slices are good. But let’s not pretend a slice is the whole enchilada.

He also, however, in his infinite wisdom and grace, chose to redeem us in a moment in history, and allowed us to remain in a temporal dimension. We are transferred into the kingdom of light, but we still live here. Earth is not our home, but it’s where we get to walk this thing out.

Sometimes it seems like we should just go straight to “everything is awesome.” And some people pretend that we are. We want the “transferred into the kingdom of light, do not pass go, do not collect $200 card,” so we can all become Insta-Perfect Immediately.

What a greek thing to think.

So brick by brick, or piece by piece, or slice by slice, however you want to dissect this thing–we’re coming undone and being transformed.

Another way to look at this is God is preparing a place for us. What if it’s inside of us?

What if the garden is Inside of Us?

There are still two trees in the garden: the Tree of the Knowledge of Good & Evil and the Tree of Life. Many times people are choosing death instead of life in an attempt to “do the right thing.”

Regarding “love covers,” we pretend that the people in our life that we love did nothing wrong. This brings death rather than life. It’s not honoring to rewrite history. It doesn’t heal the wound or honor the wounded.

It also supports a false belief about humanity. It contributes to the fallacy that we should be ashamed of our mistakes. It helps perpetuate the belief that people who love me won’t hurt me. And that’s not true.

(I actually believe that pain is evidence of true love, but we won’t go there today.)

Facing the wounds from people we love most will likely help us reconcile our own inabilities. It should set us free to love freely, knowing that even if we fail miserably in our love for one another, we are throwing our lot entirely on the One who Redeems All.

One thing parents should know is that in general, we suck. If we understood the magnitude of our lack, we would never endeavor to nurture another human being through life. We should refuse the job.

But we’re meant to work as a team. One of the most brilliant teams ever designed — a human being who sucks, and an Enormous Creator Who Provides. 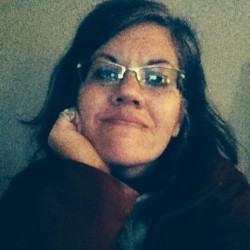 One thought on “honor vs. honesty”